"Last year, Avenatti was sentenced to 2 1/2 years in prison for trying to extort up to $25 million from Nike by threatening to tarnish its reputation with claims that the sportswear giant was immersed in a college basketball recruiting scandal in which cash payouts were used to steer top-tier athletes to the best programs.

Then he was convicted by a jury this year for pocketing up to $300,000 of an $800,000 payout to Daniels for her autobiography, spending some of the money on his firm's payroll and personal expenses.

Insisting on representing himself just before Daniels was to testify, Avenatti forced his lawyers to take a back seat as he confronted his former client over advances she received for her book, “Full Disclosure,” published in fall 2018.

He tried to justify taking some book proceeds by citing other legal quests he took on for Daniels as he was litigating lawsuits brought on her behalf to negate the effects of a $130,000 payment she said she received in 2016 from Donald Trump's personal lawyer to remain silent about a tryst a decade earlier that Trump has denied. Shortly after the payment, Trump won the presidency."

metmike: If you quite can't remember all the details of how he become a household name, let me refresh your memory on the next page!

Here is a suggestion for their new logo (-: 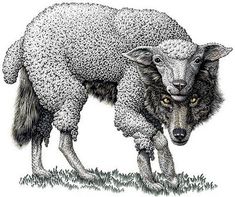