“One day our descendants will think it incredible that we paid so much attention to things like the amount of melanin in our skin or the shape of our eyes or our gender instead of the unique identities of each of us as complex human beings.”
—Franklin Thomas, activist, philanthropist, and former president of the Ford Foundation

Yes, that’s a great quote. Passing over the irony of a foundation created in part by Henry  Ford that is devoted to equal rights, I look forward to the day there isn’t a Black History month.

Some may know I taught history many years, we celebrated Black History month mostly in the typical ways, researching famous black persons and events of the past.

One  discussion we had was an attempt to place ourselves in another person’s shoes.  My background is Irish, and there are many similar families around here like mine so I picked on the Irish.

I asked what kind of life the Irish would have today if the majority of our ancestors were brought over as slaves. They were bought and sold for hundreds of years, their children were considered property like cattle, treated as such. Had no rights in society, folks could kill us and the law would look the other way.

Would my great grandfather have been able to homestead a farm in Iowa ? Would my great uncle been a state representative ? Where would I be ? Would I be a farmer ? Would my family have had the money to send me to a good college ?  Would I live in this small community ? Would I  be a teacher ?

I would pick some kids out of the class and ask them what their family would be like. Would they have the farm they live on now ? Would they feel equal to everyone else ? Would everyone treat them as they do now, by totally not thinking of their heritage ?

By the end we generally agreed all the Irish would be in much worse shape than we are now, just do to the origin of our ancestors, nothing else.

Recent events make me wish I still taught, man we could have had a field day. Insurrection was thought to be a thing of the past, not a modern day problem.

We should remember the past and learn from it.

And also not judge suboptimal behavior that was totally acceptable then by applying the new, better civilized standards of 2021, when great people made massive postive  contributions in their time/in the distant past.

MM, I agree we should not judge people from a previous era based on today's accepted morals.  Some day I may be judged for having eaten meat all my life.

However, I think it is fair to judge someone from a previous era based on their contemporary's morals.  For example:  George Washington freed his slaves upon his death.  Jefferson did not.  Washington was a better man in my view.

"George Washington freed his slaves upon his death.  Jefferson did not.  Washington was a better man in my view."

So both were presidents and had lives that affected our history profoundly while they were alive in ways totally unrelated to what they did after their deaths.

Should history recognize what one of them did while alive and the other not because of what they did with their slaves after they died?

If the specific topic is "slavery" then its a huge deal.

Or if the topic is ethics and morals, then it's a factor in the overall discussion.

Positive achievements during their lives?  Not a major factor.........UNLESS, they violated ethical/moral standards of that era  to accomplish things.

If part of those accomplishments included freeing slaves while alive or dead, then let's recognize them for it.

If they followed the status quo of the day, let's not penalize them 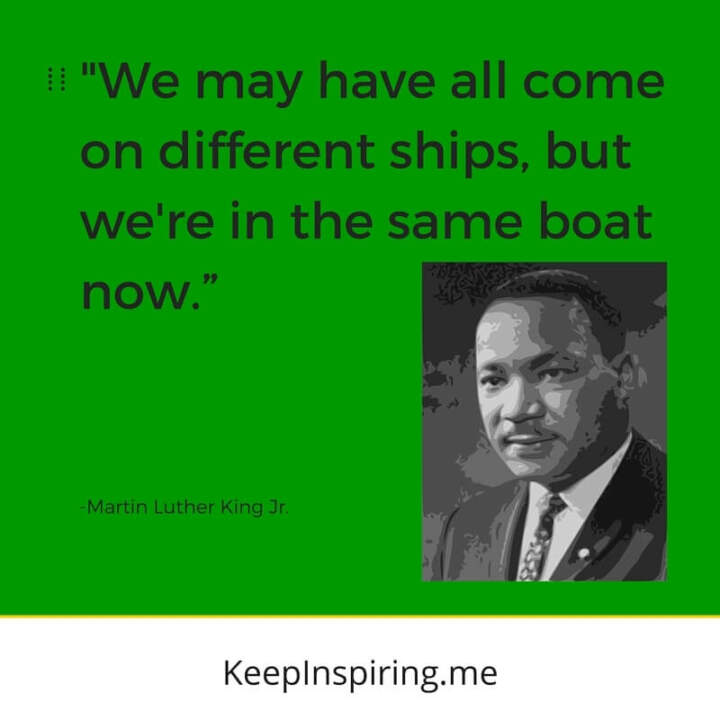 recent quote of the day threads

Quote of the Day

American history that looks at the history of African Americans or Black Americans.

Of the 10.7 million Africans who were brought to the Americas by white Europeans until the 1880s, 450 thousand were shipped to what is now the United States.[1][2]

The majority of African Americans are the descendants of Africans that were forced into slavery after being captured during African wars or raids. They were purchased and brought to America as part of the Atlantic slave trade.[3] African Americans are descended from various ethnic groups, mostly from ethnic groups that lived in Western and Central Africa, including the Sahel. A smaller number of African Americans are descended from ethnic groups that lived in Eastern and Southeastern Africa. The major ethnic groups that the enslaved Africans belonged to included the Hausa, Bakongo, Igbo, Mandé, Wolof, Akan, Fon, Yoruba, and Makua, among many others. Although these different groups varied in customs, religious theology and language, what they had in common was a way of life which was different from that of the Europeans.[4] Originally, a majority of the future slaves came from these villages and societies, however, once they were sent to the Americas and enslaved, these different peoples had European standards and beliefs forced upon them, causing them to do away with tribal differences and forge a new history and culture that was a creolization of their common past, present, and European culture .[5] Slaves who belonged to specific African ethnic groups were more sought after and became more dominant in numbers than slaves who belonged to other African ethnic groups in certain regions of what later became the United States. prah Gail Winfrey (born  Orpah Gail Winfrey;[1] January 29, 1954) is an American talk show host, television producer, actress, author, and philanthropist. She is best known for her talk show, The Oprah Winfrey Show, broadcast from Chicago, which was the highest-rated television program of its kind in history and ran in national syndication for 25 years from 1986 to 2011.[4] Dubbed the "Queen of All Media",[5] she was the richest African American of the 20th century[6][7] and North America's first black multi-billionaire,[8] and she has been ranked the greatest black philanthropist in American history.[9][10] By 2007, she was sometimes ranked as the most influential woman in the world.[11][12]

Winfrey was born into poverty in rural Mississippi to a single teenage mother and later raised in inner-city Milwaukee. She has stated that she was molested during her childhood and early teens and became pregnant at 14; her son was born prematurely and died in infancy.[13] Winfrey was then sent to live with the man she calls her father, Vernon Winfrey, a barber in Tennessee, and landed a job in radio while still in high school. By 19, she was a co-anchor for the local evening news. Winfrey's often emotional, extemporaneous delivery eventually led to her transfer to the daytime talk show arena, and after boosting a third-rated local Chicago talk show to first place,[14] she launched her own production company and became internationally syndicated.

By the mid-1990s, Winfrey had reinvented her show with a focus on literature, self-improvement, mindfulness, and spirituality. Though she has been criticized for unleashing a confession culture, promoting controversial self-help ideas,[15] and having an emotion-centered approach,[16] she has also been praised for overcoming adversity to become a benefactor to others.[17] Winfrey had also emerged as a political force in the 2008 presidential race, with her endorsement of Barack Obama estimated to have been worth about one million votes during the 2008 Democratic primaries.[18] In 2013, Winfrey was awarded the Presidential Medal of Freedom by President Obama[19] and honorary doctorate degrees from Duke and Harvard.[20][21] In 2008, she formed her own network, the Oprah Winfrey Network (OWN). 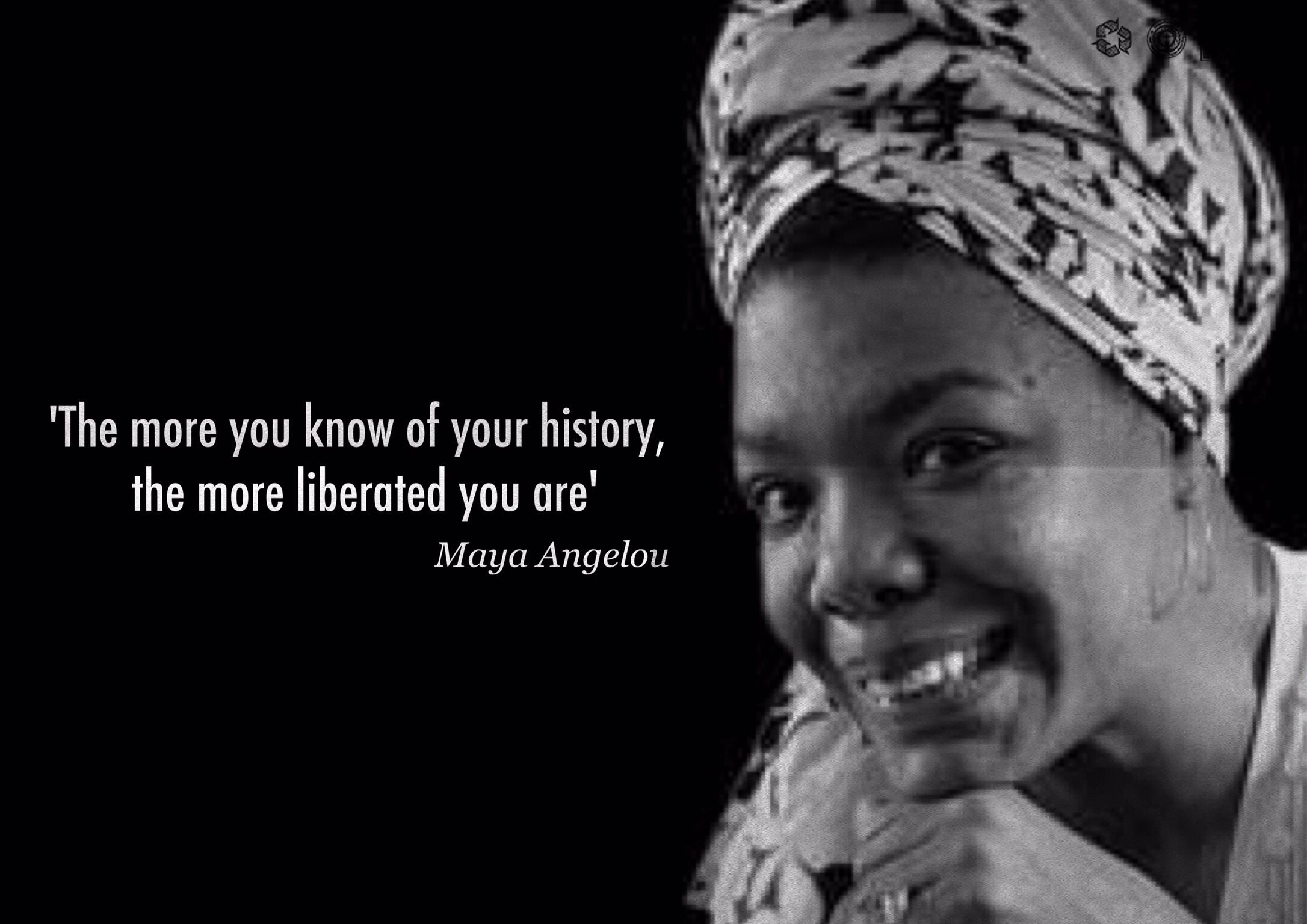 This is one of the greatest quotes ever!