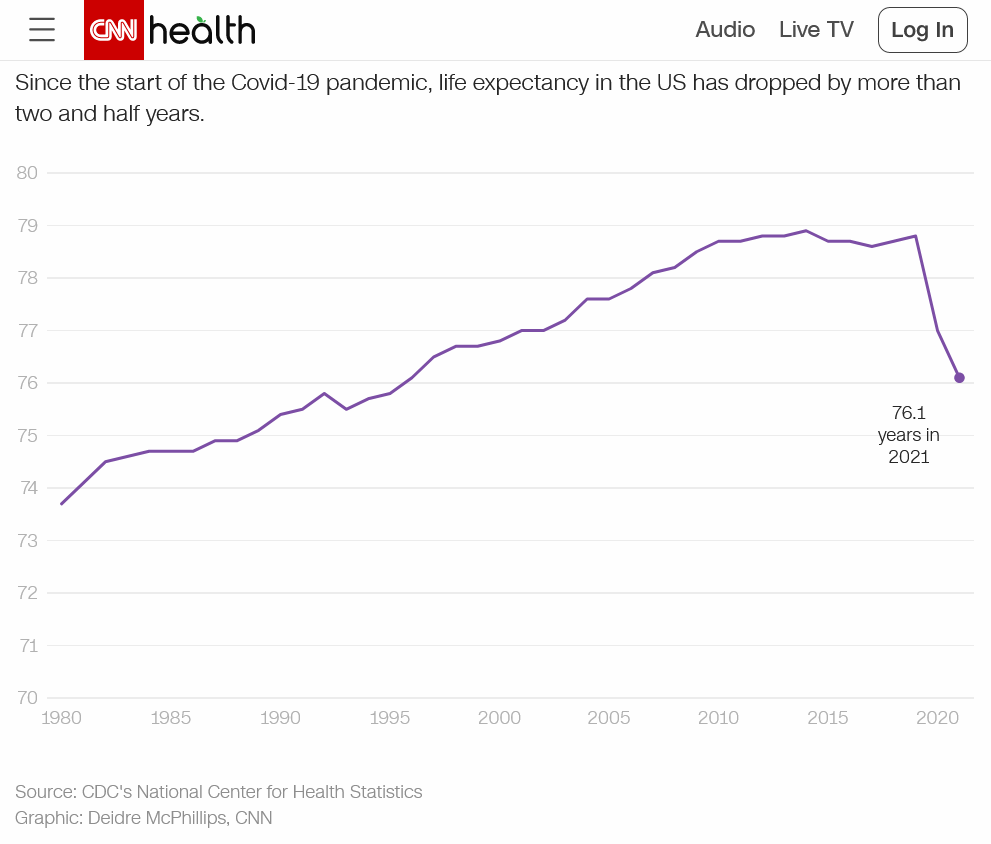 Previous discussion related to the drug overdose/suicide part of this:

Tornadoes vs drugoverdose and suicide deaths and car crashes

i suspect that part of this is due to drug overdoses.  part due to suicide.  part of it is due to people not getting treatment for other things during covid.  and part of it is the fact that some people with other severe health issues got covid, and passed away younger than normal.

i haven't tried to sort out the numbers.

That sums it up pretty well, bear.

The COVID deaths, I think the biggest contributor from the huge number.

However, the majority were older.

Suicide and drug overdose deaths were mostly younger people which really lowers the life expectancy per person more than older ones with a similar number.

Nearly 1 Million COVID-19 Deaths: A Look at the US Numbers

Three out of every four deaths were people 65 and older, according to U.S. data analyzed by The Associated Press. 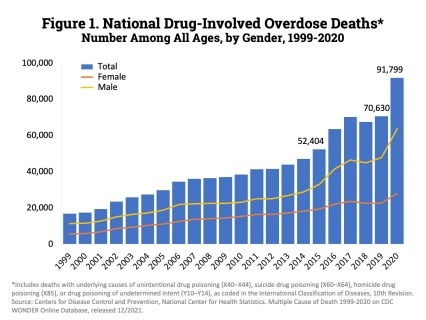 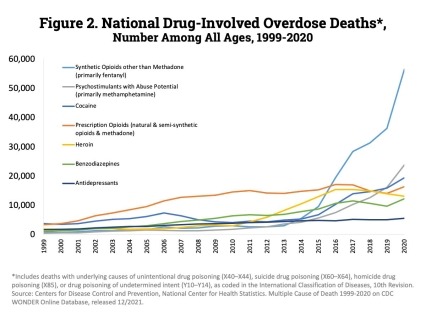 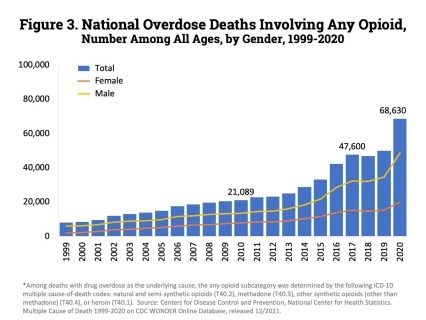 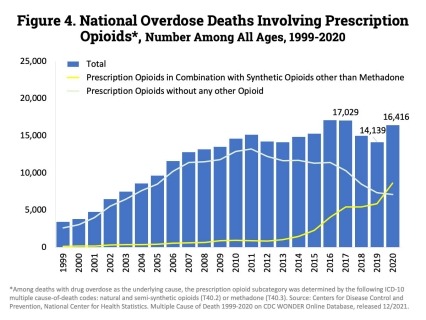 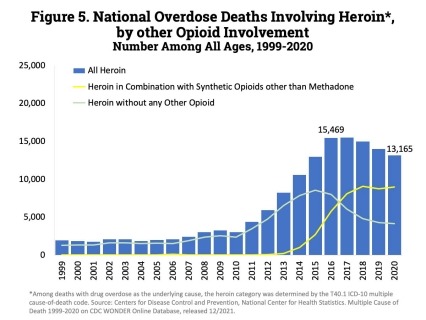 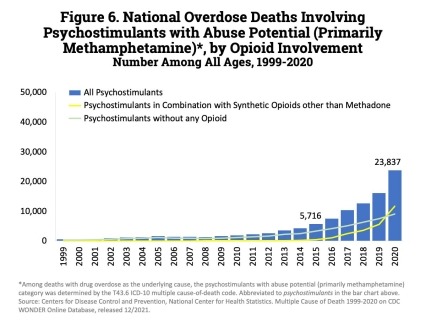 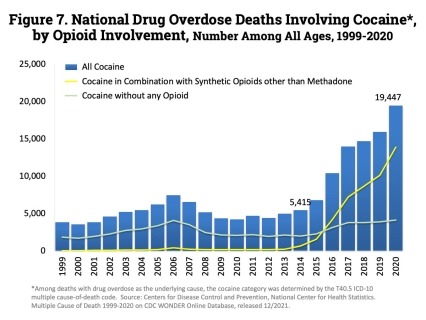 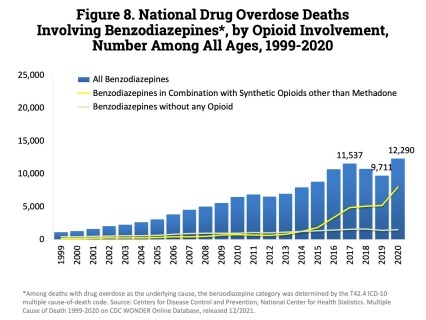 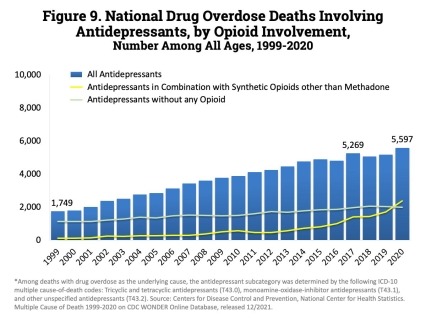