1877 – Just two days before inauguration, the U.S. Congress declares Rutherford B. Hayes the winner of the 1876 U.S. presidential election even though Samuel J. Tilden had won the popular vote.

1972 – The Pioneer 10 space probe is launched from Cape Canaveral, Florida with a mission to explore the outer planets.

Just over a year ago, we barely got our annual chess tournament in, with almost 200 K-12 kids playing...............then just a few days later everything shut down, including all the schools here in Evansville closing for the rest of the school year!

The Great Blizzard of 1888, Great Blizzard of '88, or the Great White Hurricane (March 11–14, 1888) was one of the most severe recorded blizzards in American history. The storm paralyzed the East Coast from the Chesapeake Bay to Maine,[1][2] as well as the Atlantic provinces of Canada.[3] Snow fell from 10 to 58 inches (25 to 147 cm) in parts of New Jersey, New York, Massachusetts, Rhode Island, and Connecticut, and sustained winds of more than 45 miles per hour (72 km/h) produced snowdrifts in excess of 50 feet (15 m). Railroads were shut down and people were confined to their homes for up to a week.[3] Railway and telegraph lines were disabled, and this provided the impetus to move these pieces of infrastructure underground.

metmike: This would get the blame for a storm like that today............but actually, climate change makes storms like that LESS likely during this current climate optimum:

45 BC – In his last victory, Julius Caesar defeats the Pompeian forces of Titus Labienus and Pompey the Younger in the Battle of Munda.

They've been telling us the same things about a fake climate crisis if we didn't act immediately for 3 decades now! To scare us, so that they can impose the politics with impunity.  They finally won!  Get ready for massive carbon and other taxes as well as government taking more control and a redistribution of wealth and ZERO affect on the weather/climate. It WAS about politics, IS about politics and ALWAYS WILL BE about politics.....NOT science.

You can get the truth/authentic science here:

1915 – Typhoid Mary, the first healthy carrier of disease ever identified in the United States is put in quarantine for the second time, where she would remain for the rest of her life.

1964 – The Good Friday earthquake, the most powerful earthquake recorded in North American history at a magnitude of 9.2 strikes Southcentral Alaska, killing 125 people and inflicting massive damage to the city of Anchorage.

Mary Mallon (September 23, 1869 – November 11, 1938), also known as Typhoid Mary, was an Irish-born cook believed to have infected 53 people with typhoid fever, three of whom died, and the first person in the United States identified as an asymptomatic carrier of the disease.[1]  Because she persisted in working as a cook, by which she exposed others to the disease, she was twice forcibly quarantined by authorities, and died after a total of nearly three decades in isolation

metmike: In 2020, we had plenty of COVID Mary's as well as thousands of COVID Tom , Dick and Harry's!

1924 – Adolf Hitler is sentenced to five years imprisonment for his participation in the "Beer Hall Putsch" but spends only nine months in jail.

1948 – Cold War: Communist forces respond to the introduction of the Deutsche Mark by attempting to force the western powers to withdraw from Berlin.

1965 – Launch of Early Bird, the first commercial communications satellite to be placed in geosynchronous orbit.

For you Wayne: 1968   – Pierre Elliott Trudeau wins the Liberal Leadership Election, and becomes Prime Minister of Canada soon after.

1815 – The Mount Tambora volcano begins a three-month-long eruption, lasting until July 15. The eruption ultimately kills 71,000 people and affects Earth's climate for the next two years.

1912 – RMS Titanic sets sail from Southampton, England on her maiden and only voyage.

1970 – Paul McCartney announces that he is leaving The Beatles for personal and professional reasons.

1991   – A rare tropical storm develops in the South Atlantic Ocean near Angola; the first to be documented by satellites.

2019 – Scientists from the Event Horizon Telescope project announce the first ever image of a black hole, which was located in the centre of the M87 galaxy.

From  the Mt. Tambora eruptions that started in April 1815.

"The year 1816 is known as the Year Without a Summer (also the Poverty Year and Eighteen Hundred and Froze To Death)[1] because of severe climate abnormalities that caused average global temperatures to decrease by 0.4–0.7 °C (0.7–1 °F).[2] Summer temperatures in Europe were the coldest on record between the years of 1766–2000.[3] This resulted in major food shortages across the Northern Hemisphere.[4]

Evidence suggests that the anomaly was predominantly a volcanic winter event caused by the massive 1815 eruption of Mount Tambora in April in the Dutch East Indies (known today as Indonesia). This eruption was the largest in at least 1,300 years (after the hypothesized eruption causing the extreme weather events of 535–536), and perhaps exacerbated by the 1814 eruption of Mayon in the Philippines."

The Year Without a Summer was an agricultural disaster. Historian John D. Post has called this "the last great subsistence crisis in the Western world" 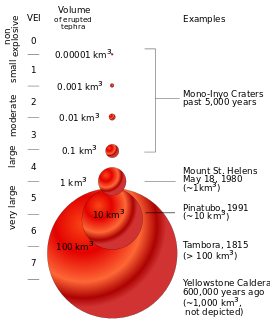 The Volcanic Explosivity Index (VEI) is a relative volume correlation

Halley's Comet or Comet Halley, officially designated 1P/Halley,[2] is a short-period comet visible from Earth every 75–76 years.[2][10][11][12] Halley is the only known short-period comet that is regularly visible to the naked eye from Earth, and the only naked-eye comet that can appear twice in a human lifetime.[13]  Halley last appeared in the inner parts of the Solar System in 1986 and will next appear in mid-2061.[14]

Halley's periodic returns to the inner Solar System have been observed and recorded by astronomers around the world since at least 240 BC. But it was not until 1705 that the English astronomer Edmond Halley understood that these appearances were reappearances of the same comet. As a result of this discovery, the comet is now named after Halley

Sir James Paul McCartney CH MBE (born 18 June 1942) is an English singer, songwriter, musician, and record and film producer who gained worldwide fame as co-lead vocalist and bassist for the Beatles. His songwriting partnership with John Lennon remains the most successful in history.[4] After the group disbanded in 1970, he pursued a solo career and formed the band Wings with his first wife, Linda, and Denny Laine.

1606 – The Union Flag is adopted as the flag of English and Scottish ships.

1934 – The strongest surface wind gust in the world at the time of 231 mph, is measured on the summit of Mount Washington, New Hampshire. It has since been surpassed.

1999 – United States President Bill Clinton is cited for contempt of court for giving "intentionally false statements" in a civil lawsuit; he is later fined and disbarred.

2021-Half of the statements made by politicians today are "intentionally false" and we accepted that fact, long ago(-:

2017 – The US drops the largest ever non-nuclear weapon on Nangarhar Province, Afghanistan.

1923 – Insulin becomes generally available for use by people with diabetes.

1910 – The oldest existing indoor ice hockey arena still used for the sport in the 21st century, Boston Arena, opens for the first time.

1492 – Spain and Christopher Columbus sign the Capitulations of Santa Fe for his voyage to Asia to acquire spices.

2014 – NASA's Kepler space telescope confirms the discovery of the first Earth-size planet in the habitable zone of another star.

1927 – Mae West is sentenced to ten days in jail for obscenity for her play Sex.

1943   – Albert Hofmann deliberately doses himself with LSD for the first time, three days after having discovered its effects on April 16.

1971   – Charles Manson is sentenced to death (later commuted to life imprisonment) for conspiracy in the Tate–LaBianca murders.

1975   – South Vietnamese forces withdrew from the town of Xuan Loc in the last major battle of the Vietnam War.[8]

1934 – The "Surgeon's Photograph", the most famous photo allegedly showing the Loch Ness Monster, is published in the Daily Mail (in 1999, it is revealed to be a hoax).

2014 – The American city of Flint, Michigan switches its water source to the Flint River, beginning the ongoing Flint water crisis which has caused lead poisoning in up to 12,000 people, and 15 deaths from Legionnaires disease, ultimately leading to criminal indictments against 15 people, five of whom have been charged with involuntary manslaughter.

1479 BC – Thutmose III ascends to the throne of Egypt, although power effectively shifts to Hatshepsut (according to the Low Chronology of the 18th dynasty)....,metmike: amazing that we have recorded history that goes back this far!

1800 – The United States Library of Congress is established when President John Adams signs legislation to appropriate $5,000 to purchase "such books as may be necessary for the use of Congress".

1957 – Suez Crisis: The Suez Canal is reopened following the introduction of UNEF peacekeepers to the region.

1803 – Thousands of meteor fragments fall from the skies of L'Aigle, France; the event convinces European scientists that meteors exist.

1933 – The Gestapo, the official secret police force of Nazi Germany, is established.

listen); Medieval Latin meaning "[we, a Court, command] that you have the body [of the detainee brought before us]")[1] is a recourse in law through which a person can report an unlawful detention or imprisonment to a court and request that the court order the custodian of the person, usually a prison official, to bring the prisoner to court, to determine whether the detention is lawful

1803 – Louisiana Purchase: The United States purchases the Louisiana Territory from France for $15 million, more than doubling the size of the young nation.

The Louisiana Purchase (French: Vente de la Louisiane 'Sale of Louisiana') was the acquisition of the territory of Louisiana by the United States from France in 1803. In return for fifteen million dollars, or approximately eighteen dollars per square mile, the United States nominally acquired a total of 828,000 sq mi (2,140,000 km2; 530,000,000 acres). However, France only controlled a small fraction of this area, with most of it settled by Native Americans; for the majority of the area, what the United States bought was the "preemptive" right to obtain Native American lands by treaty or by conquest, to the exclusion of other colonial powers.[1][2] The total cost of all subsequent treaties and financial settlements over the land has been estimated to be around 2.6 billion dollars.

2011 – Osama bin Laden, the suspected mastermind behind the September 11 attacks and the FBI's most wanted man, is killed by the United States special forces in Abbottabad, Pakistan