this professor accuses the FDA and Dr Fauci of having caused numerous death, by preventing HCQ from being used to treat early cases of Covid19.

Incidentally, this is exactly what Dr Mikovits stated in "Plandemic One"

expect this video to be removed soon

I once highly regarded Dr. Fauci.

Over the last 2 months, that has changed a great deal. I go with where the facts/science takes us. Dr. Fauci continues to ignore overwhelming/compelling information coming from thousands of medical doctors proving that HCQ is safe and effective for helping some patients if administered early on.

Trump touts HCQ again and wacko doc who promotes it

Open letter to Dr. Anthony Fauci regarding the use of hydroxychloroquine for treating COVID-19

He wants to stick to his tunnel vision of using ONLY several clinical trials of patients that are already too sick to save and ignoring everything else that contradicts those results.

He refuses to let obvious information/science and thousands of medical doctors change his mindset.

Turns out, he's a very closed minded person and different than what my first impression of him was back in March/April.

With regards to his intent. I will not assign nefarious motives to it as some are doing. Sadly, regardless of his motives, his discouraging the use of this beneficial drug has probably cost the lives of many thousands of Americans.

So he is placing politics ahead of science/medicine.

It's well known that the FDA is one of the most corrupt entities in our countries history.

If they were honest and did their jobs, we wouldn't be paying drug prices 3 times higher than any other developed country in the world. 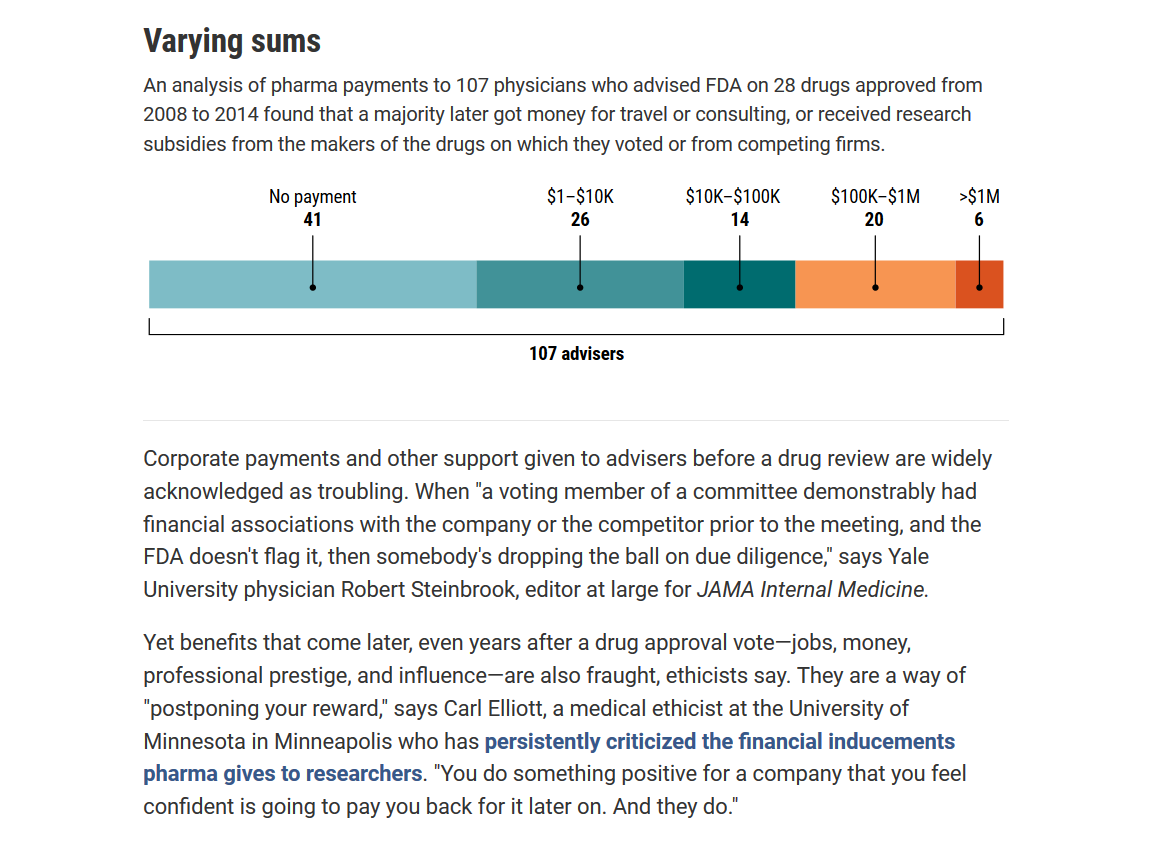 How the U.S. Pays 3 Times More for Drugs

"LONDON (Reuters) - U.S. prices for the world's 20 top-selling medicines are, on average, three times higher than in Britain, according to an analysis carried out for Reuters.

The 20 medicines, which together accounted for 15% of global pharmaceuticals spending in 2014, are a major source of profits for companies including AbbVie, AstraZeneca , Merck, Pfizer and Roche.

The United States, which leaves pricing to market competition, has higher drug prices than other countries where governments directly or indirectly control medicine costs.

That makes it by far the most profitable market for pharmaceutical companies, leading to complaints that Americans are effectively subsidizing health systems elsewhere."

metmike: Facts are facts. This is not about private or government healthcare. Both will fail  are failing catastrophically because health care insurance companies must pay these price gouging costs and pass them on, even if their profit margins were a bare minimum.

Politicians and the FDA don't want you to know this real reason because they get bribes(usually legal/lobby money) from drug companies and they personally, benefit from this arrangement.............screw the American people and make them think its the health insurance industry's fault.

At least we finally have a president making a serious effort to lower drug prices...........or is he really?

Listen to CNN and NPR and he's just trying to trick us into thinking he's doing that.

CNN,  twists it into actually being bad news because Trump is doing it...........and he's doing it to try to distract people from his mishandling of the coronavirus.

"Yet, in the middle of global pandemic, when nearly 145,000 Americans have lost their lives and millions of others have suffered untold economic hardships, this administration has decided to pursue a radical and dangerous policy to set prices based on the rates paid in countries that he has labeled as socialist, which will harm patients today and into the future,"

metmike: NPR says he's only doing it because his numbers are sinking in the polls and he is desperate.

This is from the White House:

President Donald J. Trump Is Taking Action to Lower Drug Costs and Ensure That Americans Have Access to Life-saving Medications

I completely trust this source. They are saving me a ton of money right now and saving Americans billions by getting us the lowest prices on most drugs by using their coupons.

Save money on prescriptions