Back to Index Reply to Topic Like This Topic
Head of Key Meteorological Organization Slams Climate Extremists
8 responses | 1 like
Started by metmike - Sept. 23, 2019, 6:19 p.m.

"The head of the world’s foremost weather science organization issued a surprise rebuke to climate alarmists in remarks published on Sept. 6, marking what may be, according to some experts, one of the most significant developments in the climate debate in decades."

According to Myron Ebell, the chair of the Cooler Heads Coalition—an organization that challenges climate alarmism—Taalas’s remarks are significant because he heads the WMO. The WMO is one of the two organizations that founded the Intergovernmental Panel on Climate Change (IPCC) in 1988. Since being formed, the IPCC has become the leading institution worldwide to promote the theory that human activity contributes to global warming.

some of the extremism Ebell references is akin to the rhetoric employed by climate alarmists in the United States. Democratic socialist Rep. Alexandria Ocasio-Cortez has become one of the key faces of that movement. The New York congresswoman regularly promotes the theory that the world will enter an irreversible downward spiral toward apocalypse unless the United States takes radical action to eliminate carbon dioxide emissions in 12 years.

The deadline that Ocasio-Cortez references comes from a special report by the IPCC, which states that “global warming is likely to reach 1.5°C between 2030 and 2052 if it continues to increase at the current rate.” The report concludes that risks of long-lasting or irreversible impact on the earth’s ecosystems are higher if warming breaches the 1.5-degree mark by 2030.

Taalas pointed out that climate extremists are selectively picking out facts from the IPCC reports to fit their narrative.

“The IPCC reports have been read in a similar way to the Bible: you try to find certain pieces or sections from which you try to justify your extreme views. This resembles religious extremism,” Taalas said.

“The meteorologists are real scientists and probably fed up with Greta, Mann, Gore, & AOC catastrophists. Good on him,” Moore wrote on Twitter on Sept. 7. AOC is the acronym commonly used to refer to Ocasio-Cortez. The three others named in the message are Michael Mann, a climatologist; Greta Thunberg, a 16-year-old Swedish student; and former Vice President Al Gore.

The vast majority of the climate models the IPCC uses as the basis for its predictions have incorrectly forecast higher temperatures repeatedly. According to an analysis by the Cato Institute, 105 of the 108 models predicted higher surface temperatures for the period between 1998 and 2014 than were actually recorded.

The IPCC has previously admitted that climate models can’t be used to accurately predict long-term changes in the climate.

“In sum, a strategy must recognize what is possible. In climate research and modeling, we should recognize that we are dealing with a coupled non-linear chaotic system, and therefore that the long-term prediction of future climate states is not possible,” the IPCC’s 2018 report states.

Peiser said he sent Taalas’s comments to a list of 5,000 media contacts, but none have picked up the story. Peiser’s nonprofit posted the first translation of the comments, some of which were adopted for this article after verification.

Thanks for sharing, I had not seen this and probably would not have if not for this forum. This need to be on every nightly news casts, but it won't.

Sad that this got no coverage. Instead we get insanely exaggerated stories like this one:

"The facts, research, and science behind the climate-change article that explored our planet’s worst-case scenarios."

III. The End of Food

Praying for cornfields in the tundra.

"Climates differ and plants vary, but the basic rule for staple cereal crops grown at optimal temperature is that for every degree of warming, yields decline by 10 percent.The major paper on this subject is by David S. Battisti and Rosamond L. Naylor.           Some estimates run as high as 15 or even 17 percent.“Under optimal conditions — these are controlled plots, where they have irrigation and pesticides — you get this kind of typical, between 10 percent and 17 percent decline for every degree Celsius of increase,” David Battisti told me. “But people will say, ‘What about the carbon fertilization?’” That has been thought to aid plant growth, a kind of airborne fertilizer. “Everything I’ve seen about CO2 fertilization — none of it is helpful for grains. It might be helpful for biomass, but it’s not helpful for grains. And so, yeah, if you want to eat the leaves of the wheat plant, it might be okay. But if you want to eat the wheat, it’s not necessarily good.”           Which means that if the planet is five degrees warmer at the end of the century, we may have as many as 50 percent more people to feed and 50 percent less grain to give them"

This person is so full of crap. They are just making this stuff up.  Let's take soybeans for instance. Yields have doubled in the last 30 years:

There obviously are other contributing factors with genetics and farming technology but the +CO2 and weather have been a big plus.

With Corn, it's a different picture because of the  introduction of nitrogen fertilizer causing corn yields to triple real fast and nothing to do with CO2 or weather during that initial tripling. However, recent decades have featured a steady increase, along with a steady increase in CO2 and beneficial weather.

Yes mm,very sad this is not being justly covered by the media even if it confirms what we "deniers" have been pointing out about the media's coverage.

On a more positive side,I have been noticing on a small scale,more parents leaning towards refuting disaster theories. Maybe a few are listening.

This poor child's parents should be charged with child abuse.....seriously.

She is being used for their extreme, anti science political views. As the best weather and climate in the last 1,000 years continues, she is being victimized by those who have hijacked climate science for their political agenda.

As somebody that has dedicated their life to developing the minds of our young people(I've coached 3,000 K-12 kids in chess at 5 schools the past 25 years) I see this as an awful tragedy..........what they are doing to her and how they are poisoning the minds, and scaring our children with their fake climate crisis....during a climate optimum.

This speech by far-left activist Greta Thunberg is absolute madness

This is the real weather/climate:

"We are told the Arctic is warming twice as fast as anywhere else in the world, yet as the internet reverberates with shrill, almost-the-lowest-ice-extent-ever stories, polar bears, Pacific walrus, and the most common ice seal species (ringed and bearded seals, as well as harp seals), are all thriving.  Two new videos published by the GWPF on polar bears and walrus confront this conundrum and the conclusion is clear: if there is no climate emergency for polar bears, there is no climate emergency anywhere.

Polar bears have survived several periods of less ice than there is now as well as periods with more ice. Most ice seal species and walrus, which have existed in the Arctic much longer than polar bears, have lived through many of these extreme sea ice cycles. The low ice extent this year – whether it ends up being second-lowest or third-lowest since 1979 – is merely a blip compared to what these species have experienced during the Pleistocene."

A Climate Modeller Spills the Beans 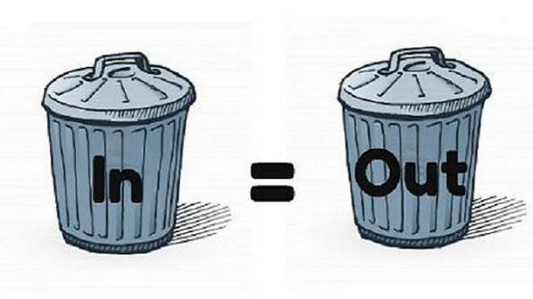 "There’s a top-level oceanographer and meteorologist who is  prepared to cry “Nonsense!”on the “global warming crisis” evident to climate modellers but not in the real world. He’s as well or better qualified than the modellers he criticises — the ones whose Year 2100 forebodings of 4degC warming have set the world to spending $US1.5 trillion a year to combat CO2 emissions."

"The iconoclast is Dr. Mototaka Nakamura. In June he put out a small book in Japanese on “the sorry state of climate science”. It’s titled Confessions of a climate scientist: the global warming hypothesis is an unproven hypothesis, and he is very much qualified to take a stand. From 1990 to 2014 he worked on cloud dynamics and forces mixing atmospheric and ocean flows on medium to planetary scales. His bases were MIT (for a Doctor of Science in meteorology), Georgia Institute of Technology, Goddard Space Flight Centre, Jet Propulsion Laboratory, Duke and Hawaii Universities and the Japan Agency for Marine-Earth Science and Technology. He’s published about 20 climate papers on fluid dynamics"

Instead of believing in scientists like that or the meteorologist in charge of the World Meteorological Organization at the top,  we are told to believe in people like this:

'You Have Stolen My Dreams and My Childhood': Greta Thunberg Gives Powerful Speech at UN Climate Summit

“You all come to us young people for hope. How dare you?” she said. “You have stolen my dreams and my childhood with your empty words, and yet, I’m one of the lucky ones. People are suffering. People are dying. Entire ecosystems are collapsing.”

Thunberg grew tearful, as she continued to condemn what she sees as the lack of action on part of leaders around the world to halt climate change. “We are in the beginning of a mass extinction and all you can talk about is money and fairy tales of eternal economic growth. How dare you?”