Pick a good one!

From the link above.

Note the graph below shows the wide range(and uncertainty) of temperature projections for each increasing level of CO2 based on global climate model simulations using the computers programmed with the math to represent the theory. The middle of the range is in darker color.

The actual atmosphere, as shown in the graph at the bottom, has been  coming in at the very bottom of the projected range for the past 20 years.

At the bottom of the range, which is what is supported by the real world science, if CO2 increased at the current rate, in the year 2100, it would still be below 580 ppm and global temperatures would still not have substantively pushed above the death to the planet +2.0 deg C  that they were pushing 20 years ago.

After the warming slowed down, they adjusted that death to the planet temperature down to +1.5 deg C and said that we were going to hit it, even if we made just modest cuts in 12 more years.

"Only extreme cuts and almost completely eliminating fossil fuels will save us now."

Many reports, like the one released by the government last November, actually use the worst case scenario, top of the range.............as the assumption(picking that one)  to base its entire analysis, recommendations and conclusions on.  Using the top of the range, extreme allows one to come up with some scary stuff. 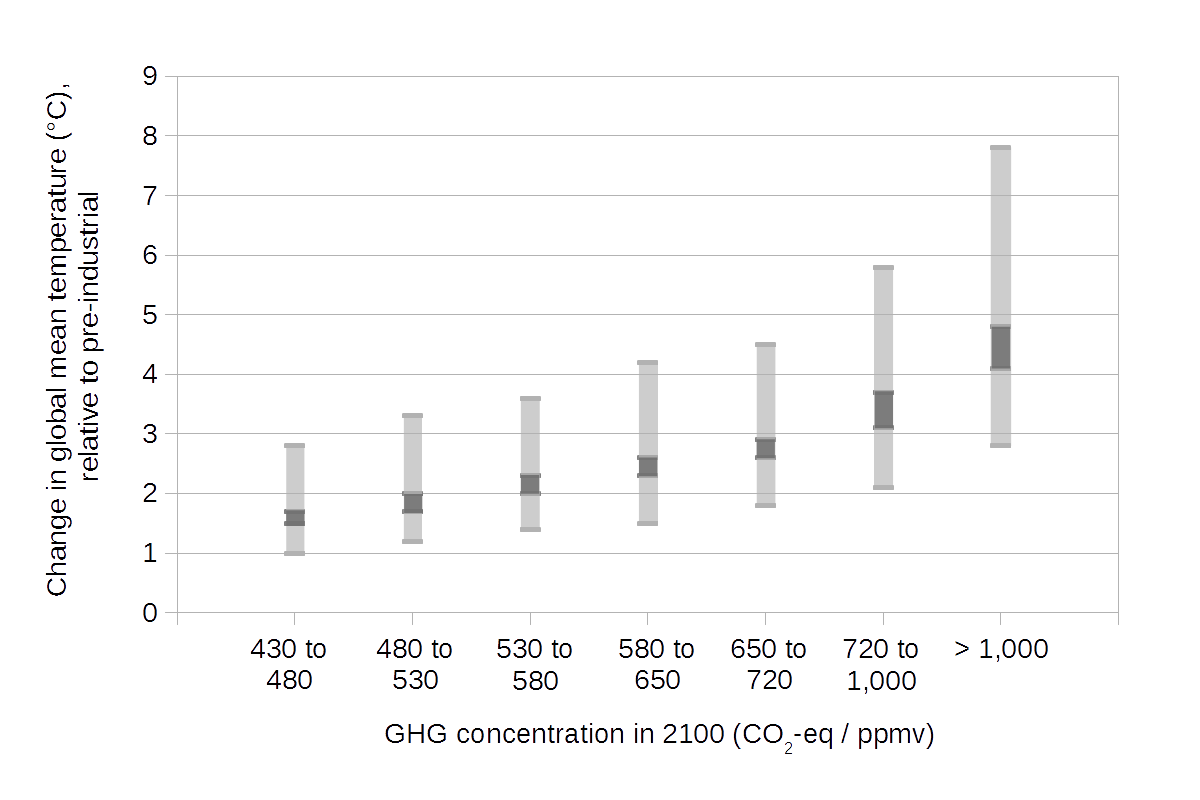 Actual measurements below. This is the real atmosphere below compared to the individual models above it.

In case it isn't obvious, the +1.5 Deg C and 12 years are just numbers intentionally chosen that are the most likely to scare people the most into doing what they say they MUST do to save the planet. There is ZERO science anywhere that shows anything magical, like a tipping point of no return that would occur at exactly +1.5 deg C and that it could possibly happen in 12 years.

100 years? Well, that's possible but just how would you motivate people to do what you want them to do with a threat of something that MIGHT happen in 100 years?

I think that everybody knows by now .....on both political sides, ....that China and India are going to continue to increase CO2 emissions. For China, in the Climate Accord agreement for instance,, they state that they will consider no longer increase emissions in 2030.

I'll show you the graph of this later.

Keep in mind that CO2 is well mixed in the global atmosphere.

So the green new deal is a plan to kill the US economy,......make no mistake, that's exactly what would happen if we cut back by more than 30% on cheap, reliable, efficient and abundant fossil fuels........while other counties continued to green up the planet with their increasing CO2 emissions.

12 years to save the planet would be science fiction even if every country on the planet believed the junk science and they all cut CO2 emmissions. But you will NEVER get a smart county like China, to buy into such a ludicrous unscientific, economy killing plan.

So the green new deal is a recipe to destroy the US economy ASAP for no benefits.

OK, here's the proof that the US and any "Green New Deal" to cut killer CO2 emission would be a complete waste of time, just because of China's emissions, which are now double ours.

Note in the chart below, that gas, oil and coal comprise 86% of their energy use and its soaring much higher. As stated, they intend to continue on this path until at least 2030............the year that we are being told that the US must have cut back to using only minimal fossil fuels in the "Green New Deal" to save the planet.

Again, in what universe, even if their science fiction about a climate crisis was authentic science, could a "Green New Deal" save the planet?

THE TRUTH about the Climate Accord:

China now emits double the CO2 emissions as the US does here in 2018(the graph below is only thru 2015) and the Climate Accord allows them to continue to increase their CO2 emissions until the year 2030.